On the 9th October 1969, a meeting was called by the District Governor’s Special Representative, Graham Pryke, Past President of the Rotary Club of Port Adelaide, at the home of Rotarian A. Mort Pearce, to consider forming a Rotary Club in the Largs Bay area.
Present were D.G. Allen Hosking, past D.G. David Clarkson, both President and Secretary of the Port Adelaide Rotary Club, (the sponsor Club) and 26 other invited gentlemen.
It was agreed to form the Rotary Club of Largs Bay (the fourth daughter Club of Port Adelaide) and the Charter night was to be January 30, 1970 when Rotarian Mort Pearce was inducted as our first President. Rotarian Graham Pryke was a very efficient Secretary from the outset (being a Judge in the Arbitration Court) and was still Secretary when I joined in 1979. 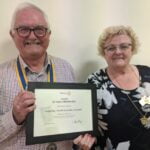 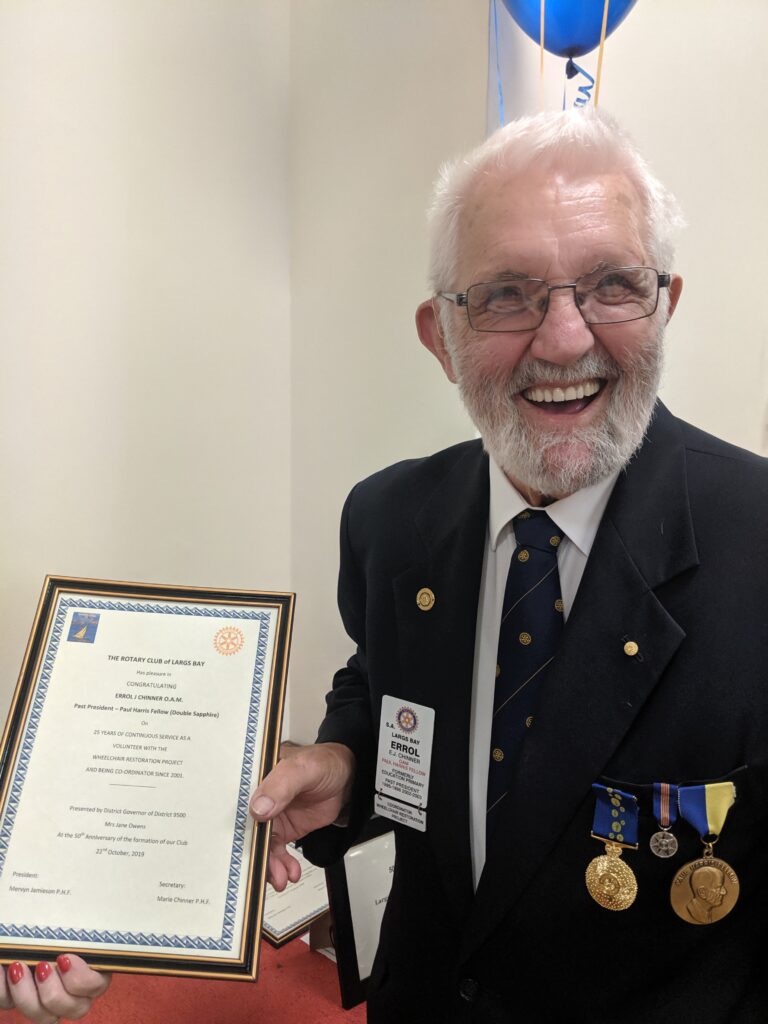 Regular food catering followed with the purchase of a BBQ trailer “Basil” then followed by a double hot plate trailer built by “The Wheelies” “Sybil”. A van followed with another “in-van-size” BBQ acquired. Apart from individual private and corporate bookings we were regularly at Romeo’s Port Mall each Sat. then Coles, Port Canal (until redevelopment took over). Bunnings at Woodville is currently our only regular income. Our members regularly “man” the Semaphore Carousel, which earns the Club a portion of the income from that wonderful facility.
We regularly support the Rotary Youth Driver Awareness programme currently run by Charles Sturt Grange Rotary, and give them support by providing a BBQ lunch for the students and staff and volunteers. We have been supporting (by paying schooling expenses for) 2 students in Indonesia since in the 70’s & it’s still only $110 per child per year.
We are still able to support, RYLA, RYPEN, Rotary Health, Shelter Box, and we currently are supporting a young student Mohadeseh (here with us tonight) from Oceanview College to attend the National Youth Science Forum next January in Brisbane.

Vinnies and Uniting SA receive money for Christmas Hampers each year. Juvenile Diabetes Research Foundation, Kick Start for Kids and Foodbank are also recipients. Just recently we helped financially with funds for landscaping at the Oceanview College Pre-school. The Club continually funds the Wheelchair Project with money for the hard rubber tyres which they put on every chair sent away.

Even though we are numerically low in members, we still proudly fly the ROTARY flag in the local area. We have hosted several Group Study Exchange Teams including those from India and Germany in relatively recent times as well as having produced two District Governors and run their District Conferences, but we cannot help but wonder what our future may be with the Districts 9500 and 9520 merger in 2020.